Donate now to provide victim assistance and legal services to victims of crime!

On April 3, 1982, Stephanie Roper became an innocent victim of crime in Maryland. 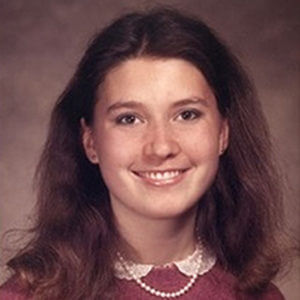 “One person can make a difference and every person should try“

She was a college senior about to graduate from Frostburg State University, home for a weekend visit with with her family in Prince George’s County. After leaving her friend’s home, her car became disabled. Two men, Jack Ronald Jones and Jerry Beatty, came upon and kidnapped her, and over a five-hour period, brutally raped, tortured, and murdered Stephanie.

Friends and neighbors who had known and loved Stephanie found it impossible to do nothing. Frustration and anger were diverted into acts of love toward Stephanie’s family. A small group was formed to help them through the funeral and subsequent criminal trials, by the Stephanie Roper Family Assistance Committee. In October 1982, the group incorporated as the Stephanie Roper Committee and Foundation, Inc. Guided by the cause, Stephanie’s memory, and the leadership of Stephanie’s parents, Vince and Roberta Roper, volunteers came forward to form the staff. Goals and priorities were set, chapters were formed, space was donated, and the first office opened.

Twenty years later, in the Fall of 2002, the sister organizations bearing Stephanie’s name merged to become the Maryland Crime Victims’ Resource Center, Inc., a statewide non-profit organization dedicated to serving the interests of crime victims in Maryland, while maintaining a nationwide reputation for dedicated advocacy and services.

Your donation helps us further our mission! We truly appreciate your support.